London is a diverse city of 381,000 people in Southwestern Ontario, located halfway between Toronto and Detroit, USA. It offers all the amenities of a big city—shopping, dining, nightlife, recreation, and sporting events—with a small-town feel.

London’s economy is centred on education, medical research, manufacturing and information technology, with Western University providing a significant contribution to the local economy. London is also a major industrial centre, with factories belonging to General Motors, Toyota and General Dynamics located in the region.

London is known as the “Forest City” for its many parks and green areas; Victoria Park in the city centre hosts a number of popular festivals, including:

Places to Visit in London:

Western is well connected with London’s public transit system. Full-time students are provided with a London Transit bus pass as part of their student fees. During exams, the University Students’ Council offers a free late night shuttle service so students have a safe way to get to and from campus. The city is connected to Toronto and other major centres via air travel, train and bus, and airport shuttle services to Toronto and Detroit are available. 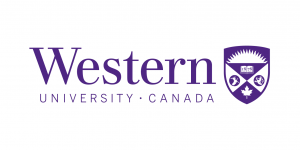