Quebec City is the capital of the province of Quebec and the second largest city in Quebec after Montreal. It is also the oldest city in Canada and one of the oldest European settlements in North America, dating back to 1608. Located on a hill overlooking the St. Lawrence River, Quebec City has retained the fortifications which were originally its defense system in which it is today the oldest historic district of Quebec and a UNESCO World Heritage site.

With a population of half a million inhabitants, Quebec City has a lively cultural life and its nightlife is exciting. In addition to its bars, cafés, bars, museums, theatres and cinemas, the capital is home to several festivals, including:

Places to visit in Quebec City:

Access to the campus is easy, thanks to the proximity of major highways, of several parking lots, bus routes and a carpool system. 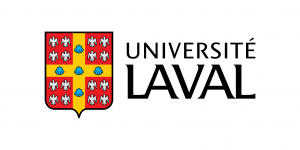