With a population of over one million, this thriving capital is Canada’s fifth-largest city and the Northernmost metropolis in North America. Edmonton is located in the middle of Alberta, a resource-rich province, with amazing natural beauty and the expansive Rocky Mountains.

Edmonton is one of North America’s sunniest and greenest cities. It has the longest connected stretch of urban parkland in North America, 22 times the size of New York City’s Central Park and whileEdmonton’s winters can be cold, it boasts an average of 2,299 hours (or approximately 320 days) of sunshine per year. With 22 major parks and a beautiful river winding through the middle of the city, there is plenty of space to try activities like canoeing, skating, snowboarding and more!Known as both “Oil City” and the “Gateway to the North,” Edmonton is the closest major city to the Athabasca oilsands and the diamond mining operations in the Canadian north. This capital city , is also a technology hub and has a fast growing start-up industry. Its diverse economy includes many leading petrochemical, engineering and construction companies. Companies based in Edmonton include Stantec, PCL Construction, and Bioware, a renowned video game production studio.

On top of this, Edmonton has a thriving arts and culture scene. The Edmonton Symphony Orchestra is one of North America’s most respected classical music ensembles. Edmonton is known as “Festival City,” hosting an array of events, including:

The people of Edmonton are also very passionate about sports! Ice hockey is the city’s most popular sport, and the Edmonton Oilers of the National Hockey League (NHL) have a proud history and a legion of devoted fans. The Edmonton Eskimos of the Canadian Football League are one of Canadian football’s most successful teams. Edmonton’s university-level teams, including the University of Alberta Golden Bears, also have dedicated followings.

Places to Visit in Edmonton:

Edmonton is well served by buses and light rail. The University of Alberta campus is connected to the Edmonton Light Rail Transit (LRT) system at three stations as well as to bus routes across the city. Full-time students at the University of Alberta are eligible for the Edmonton Transit System (ETS)’s U-Pass. This pass is valid all year round on all ETS trains and buses. 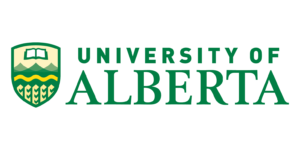